De Monnik Dranken has completed the purchase of a company premises at 15 Zwollestraat in Oldenzaal. This property is located at a prominent location along the A1 motorway and is directly adjacent to the current building.

Recently, following constructive negotiations, De Monnik Dranken (DMD) has signed the purchase agreement of the building at the 15, Zwollestraat in Oldenzaal. The notarial deed to deliver is passed on September 1, 2021. The business premises are situated on a view site from the A1 motorway and have a surface area of 10,595 m2, of which approximately 8,500 m2 is built. It consists of approximately 3,000 m2 of office space and 5,500 m2 of warehouse space. There are also four dockshelters and a spacious car park.

Hans olde Monnikhof, owner, 3rd generation and director of De Monnik Dranken tells: “Our family business has made qualitative steps in recent years, resulting in growth. In order to ensure growth and, in particular, the quality in the broadest sense of the word in the future, we need to have sufficient warehouse and office space at our disposal. Given the fact that our current building is adjacent to the business premises of 15, Zwollestraat, it was a logical choice for us to take over the property when the opportunity arose”.

De Monnik Dranken (DMD) is a 100% family owned company, established in 1918 by Hendrik olde Monnikhof. He started locally, selling beers in and around Oldenzaal, using a dog cart as a means of transport.

After the Second World War his sons Henk and Jan took over the business. Under their leadership, the beverage trade was extended to include several trucks and an expansion of the staff took place.

In 1986, current director Hans olde Monnikhof, son of Henk, took over the company and in 2014 Luuk, son of the current director, joined the company as commercial director. The company was established in Oldenzaal and −over the generations− has been there ever since, based at various locations.

Currently DMD has become a leading organization in the field of drinks. Throughout the years the company grew into employing over a 115 people and an assortment that covers around 9,600 drinks and drink related products. With its three core activities −wholesale, import and brand building− DMD has positioned itself in a headstrong way on the market. As an importer DMD brings a superb range of spirits and wines into The Netherlands on an exclusive base, from over 40 different countries.

The DMD customer base includes wholesalers, retail organizations, wine and liquor stores, wine merchants, specialty shops and horeca business all over The Netherlands. Since 2007 the family business is based at Deventerstraat 6 and was further expanded in December 2015.

In December 2018 mr. Andries Heidema, the King's Commissioner in the province of Overijssel, has awarded the Honorary Title “Koninklijk” (Royal) to De Monnik Dranken, in the name of His Majesty King Willem Alexander. In December 2020 the family company was awarded as “Spirits Distributor of the Year 2020" by the international platform ‘The Spirits Business’. 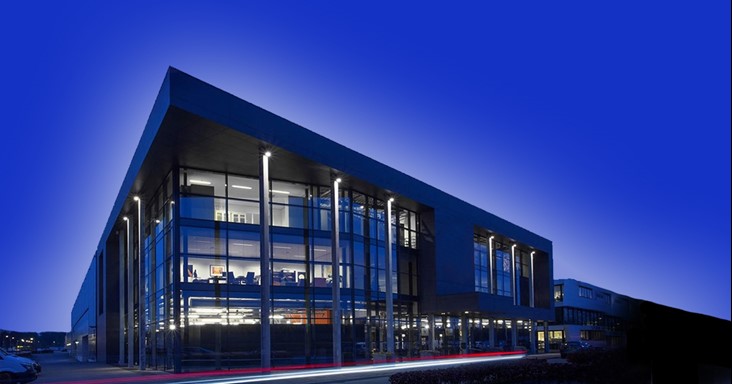